HDTVs : Features and Specifications - What Does It All Mean? - 3D for Fido 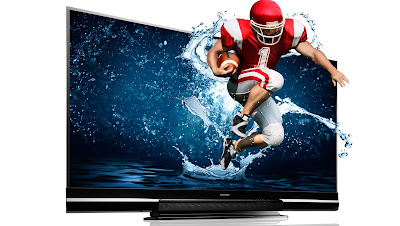 3D TV!  Hurray!  Finally, right!  The future is here!  Erm, kind, of.   Ok, maybe that's a little harsh, but you still have to wear funky glasses for most 3D TV sets.  It has come a long way from the blue and red specs of the 60's but the masses haven't adopted 3D like the manufacturers had hoped.  You'll find plenty of TVs offering 3D functionality most likely via a set of provided glasses.  If you're interested in glasses for the whole family extras can run up to $40 a pair.  Before you gear up for the little ones and Fido, think about how committed you are to this fancy headache inducing feature.  There are very few cable providers (if any) that broadcast 3D content, so be prepared to have a Blu-ray player to purchase 3D programming.  Netflix offers a paltry 18 titles in 3D, so while this eye-popping tech has been baked into a lot of TV sets, its not the driving force for new HDTVs.

What about those sets that don't use glasses?  They're on their way, with some having release dates in 2015 with price tags north of $5000.  If you're really into 3D - do yourself a favor and wait a year or two.  You'll be rewarded with fully baked technology that takes your breath away - with no headache.
Posted by Widgetree at 1:15 PM