Tablets: Can They Replace Your Laptop? 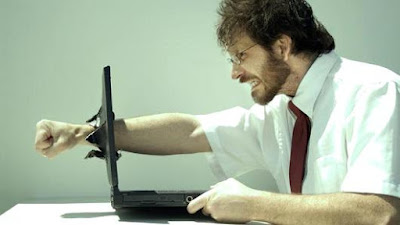 I wouldn't smash your laptop just yet, but the quick answer to this question is, yes...kind of.  Laptops aren't going anywhere soon, and neither are tablets.  The future will most likely have a device that blurs the once distinctive line between these two even more.

The traditional laptop is becoming more tablet-like, with detachable screens and longer battery life.  With each new evolution of mobile CPU's we get devices that use less power, generates less heat, and thinks faster.  Once a laptop reaches the size of a netbook, you lose most of the functionality that it was originally designed for.  The smallest useful laptop in my opinion is the 13 inch variety.  I also think the other end of the spectrum is a bit silly.  A 17 inch laptop doesn't feel too portable to me.  Looking at how tablets are evolving, they seem to break into two camps.  Ones that are for reading books, and ones that are meant to be mini laptops.  The book reading variety is great for that, playing games, and surfing the web.  There's no point in getting a keyboard and trying to make it a micro laptop.  You won't be very impressed.  The 10 inch tablets on the other hand have some very laptop like capabilities.  Depending on the operating system, your choice of applications may be restricted, but a tablet running Windows 10 can run all sorts of programs you never thought possible.

Believe it or not you can even play some modern games on these!  Low graphics settings of course, but still playable.

This really opens the door to budget computing.  With the Google suite of word processing programs, what more do you really need in a tablet?  Check out our Asus Transformer Book T100TA-C2-EDU for sale - $154.99

Laptops still beat a tablet in terms of raw power and ultimate flexibility.  Toshiba took this to the extreme with its Radius unit.  The 15.6" touchscreen folds back, creating a tablet-like form factor.  Of course it's not as light as a regular tablet, but you can't have everything.  Packed with an i7 CPU, 8GBs of RAM, and a terabyte hard drive, there's not much this puppy can't handle.  We've got one of these for sale too - Toshiba Satellite Radius 4K P55W-C5208-4K Convertible Laptop - $579.99

The question you have to ask yourself is What do I need to do with this thing?  You may find that a tablet fits the bill for you.  So I guess the answer to the original question is Yes, they can replace some laptops. 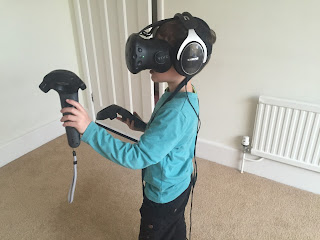 Parents everywhere now have one more gadget trying to keep the kids inside this summer.  At least it has headphones!  The Oculus Rift has begun arriving on doorsteps, and HTC's Vive is up for pre-ordering.  Should you get one?  Well that all depends.  I highly suggest finding a store that does demos, because actually trying it out before you plunk down $1500 is a good idea.  I got to try out the HTC Vive last week at a local Microcenter and I have to say WOW!  This stuff is cooler than I even imagined.  My biggest fear about VR was that I was going to get dizzy, or get a splitting headache.  Google Cardboard was not the best introduction to VR.  The good news is that these new devices have a come a long way.  When I first put on the Vive, there was a small amount of "screen door effect", I could see some pixels, but that quickly dissipated once I started looking around.  The headset just barely fit over my glasses, and once strapped snugly to my head, I could feel them being pushed onto my face.  Not the most comfortable sensation, but for a 20 minute demo, it was bearable.  Wearing it for long periods of time would be a stretch.  I do believe that the Vive has adjustable lenses, so in theory there is a chance I could take the glasses off.  I did not get a chance to try that out though.  The headset wasn't too heavy though, and the cords that connect to the mothership didn't trip me.  I suppose this can be a concern, since the Vive comes with 2 small sensors that track your body in space allowing for some free movement.  You get too crazy and you might get tangled up.  Headphones were also applied - they felt comfortable.  The audio component is huge for VR, possibly just as important as the visuals, three dimensional sound helps create a sense of space.  Thankfully the controllers are wireless, but getting all this gear on and finding them without an assistant might be tricky.  Once you have them in your hand you can "see" them on the screen - an informative graphic explains what everything does.  The lobby for the system is pretty standard except now you're in a space and everywhere you look there's something to see.  A fun parlor trick - you can blow up balloons and bat them with your controller.  Very realistic.  There is a satisfying 'thunk' when you contact your virtual controller with the balloon.  The sound sells it.  The first game/experience was underwater on the deck of a sunken ship.  Small fish swim past your face and you get to walk around, even peer over the edge of the railing.  It was a very good approximation of the real world.  Not that I've spent much time on the deck of a sunken ship, but everything looked about 90% real.  When you looked up to see what's above you, the underside of the waves were mesmerizing and beautiful.  Next a giant whale comes swimming past you about 2 feet away.  This was a little unnerving since its eyes were the size of dinner plates.  The whale goes by and his enormous tale just barely misses knocking you over.  Definitely flinch-worthy.  I started to get the sense of how awesome VR can be!  Next I got to try a drawing simulation, which was more fun than I thought it would be.  You have a massive library of drawing utensils, colors, and vibrance.  The cool part is that whatever you draw hangs in space and you get to walk around it, taking it in from all angles.  The last game was a spacey shooter that puts you on top of a building shooting at flying drones.  Here the controllers become six-shooters and you are Wyatt Earp, blasting them as fast as you can.  Very fun and more challenging than you would expect.  When it came time to take the headset off, there was a definite sense of leaving a space and coming into another one.  The Vive's ability to "transport" you to another place is pretty awesome.

So I bought one, right?  Not quite yet.  I won't lie - this is the coolest gadget I've seen in quite awhile, and its totally lived up to my expectations, actually it has surpassed them, but I'm not ready to spend $800 dollars just yet.  The main reason?  Content.  Now that we finally have the device, I think game studios will start cranking out more games and simulations, but until they do, I think it's a pretty tough sell.  Looking through the games on offer, I haven't seen anything jump out at me as something I need to experience.  Patting virtual balloons around is certainly cool, but based on how often I do this in real life, I don't see myself spending hours smacking them around virtually.  This is the real hurdle for me.  VR has to offer me something better, cooler, more fun that what I can do in my backyard.  I'm waiting for that killer game or experience before I commit to this toy.  Keep in mind that you need a pretty capable desktop to power this thing too.  The CPU and memory requirements aren't too crazy, but you need a pretty serious graphics card - at least a GTX970.  The good news on that front is that NVIDIA just released their new line-up of cards which are surprisingly cheaper and more powerful than their successors.  Hopefully by Christmas 2016 there will be an impressive line-up of games and some of the hardware costs will be cheaper.  The second generation of headsets will hopefully be lighter, have better resolution, and be more accommodating of those of us with glasses.  We shall see. 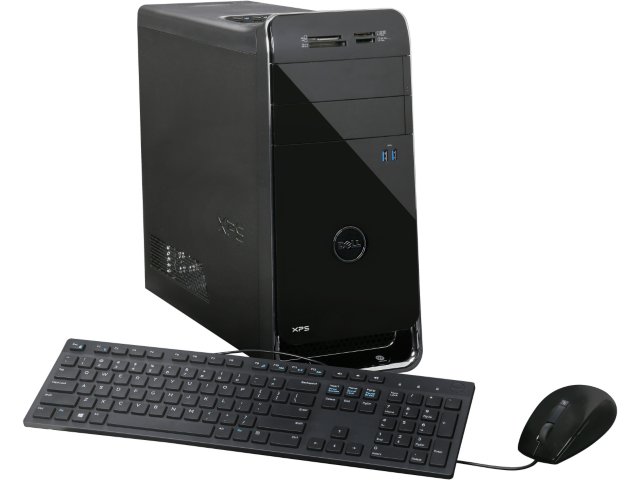 Posted by Widgetree at 8:14 AM No comments: