HDTVs : Features and Specifications - What Does It All Mean? - Screen Resolution 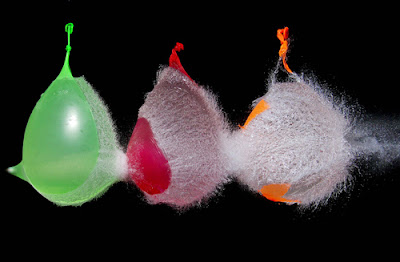 High Definition - we're so used to it now because its everywhere, but merely a decade ago it wasn't available for everyone.  Scientists have been working on "high-def" since the 30's, as such the definition has changed as technology has progressed.

Screen resolution is the number of pixels in a display.  If you get very close to your TV you can actually see the pixels - they are very small - just a few millimeters per side.  A common HD display, 1080p, is made up of 1920 pixels wide and 1080 pixels tall, twice the resolution of SD (standard definition - think DVD quality).  The "p" stands for progressive scanning, which is one method of displaying the signal on a screen.  720p (1280x720) is also considered HD, and a few years ago it was considered cutting edge.  The most common HDTV screen resolution right now is 1080p, with the cutting edge crown going to Ultra-High-Definition, also called UHD, 4K (3840x2160), or 8K (7680x4320).

Movies shot on 35mm film have a much higher resolution than an HDTV.  We've had high resolution content for years, but getting it to TVs has taken a long time due to broadcasting bandwith constraints.  HD signals used to only be transmitted via satellite because of the large amount of bandwith needed. The switch from analog to digital broadcasting, which compresses HD signals down to SD signal bandwidth, has allowed for free over the air (OTA) transmissions of the major networks.

The "p" in 1080p stands for Progressive Scan - the method of displaying a signal on a screen from top to bottom, line after line.  The alternative to this is Interlacing, commonly denoted with an "i" as in 1080i.  When video is interlaced, only half the lines that make up the image on a display are shown at one time.  This is done to cut down on the amount of bandwidth used.  Progressive scanning video display produces a better viewing experience than interlacing.

The OTA signals that you can pick up with an antennae are a mixture of 720p and 1080i resolution, which any HDTV can display.  DVDs signals are 720x480 (480i), which is why they usually look pixelated on an HDTV.  Blu-ray discs can display a signal of 1980x1080 (1080p), exactly what an HDTV is designed to show.  Internet programming is quickly becoming the go-to source for high resolution content as more HDTVs can easily be connected to the web.  For example, YouTube offers a mixture of resolutions, usually constrained by the source material, ranging from 360p all the way to 2160p.  Ultra-High-Definition (4K) TVs need a special satellite feed, a specific 4K Blu-ray disc, or 4K digital video stream (YouTube) to fully utilize their display resolutions.

Right now most HDTVs are 1080p which is great because there are many ways to get high quality content for that screen resolution.  720p is not as ubiquitous as it once was, although for many it is a sufficient level of image quality.  Ultra-High-Definition TVs are the marquee HDTV product right now, but finding content to watch on them can be challenging and expensive.
Posted by Widgetree at 8:43 AM