End of Life Corporate Assets - Banks, Manufacturers, Healthcare facilities and Insurance Companies utilize Valex for their end of life IT assets. These include Computers, Monitors, Laptops, Networking equipment and Servers. Valex (an Authorized Microsoft Refurbisher) makes these Products available to other Businesses, Computer Resellers, and Individuals through Wholesale, Retail and Online Channels.

Overstock, Return and excess Inventory - Valex has several Contracts in place with the leading Manufacturers to partner on inventories they see as non-viable. Valex utilizes the same methodologies above to sell this type of product to.

The results of these Operations create the optimal opportunity to buy the best available technology at the best price around. Visit often as our offerings change daily. 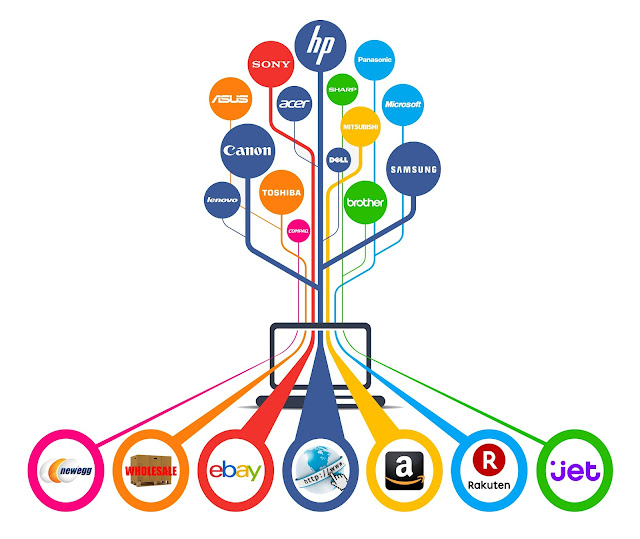 Posted by Widgetree at 8:27 AM No comments: 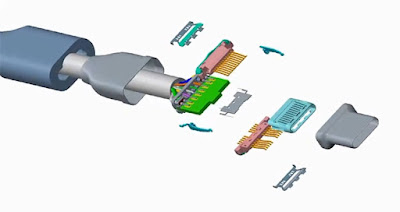 The world has been waiting for a USB plug that you don't need to think about.  I know that sounds incredibly lazy, but everyone knows what I'm talking about.  How many times have you struggled and cursed trying to plug a USB cord in, only to find you had it upside down?  My reaction is always the same, "Why don't they make one that doesn't have a right or wrong side?"  Well, someone was listening, namely the "USB Implementers Forum", because in 2014 they published the specifications for it.  USB Type-C offers some significant improvements from its predecessors beyond just ease of connection.  Data transfer speed has been doubled from USB 3.0's 5 Gbit/s to 10 Gbit/s.  This is about 20 times faster than USB 2.0 which clocks in at 480 Mbit/s.

Basically its a bunch of times faster than it was a few years ago.  One last speed comparison to try and illustrate how crazy fast these new cords are.  Say you've got a 1 Terabyte (TB) external hard drive full of movies that you want to transfer to your computer.  If you use the Type-C interface it will only take 13 minutes.  Do the same thing with a 2.0 connection and you're looking at waiting 4.6 hours!  Quite the difference.

Another major upgrade from USB 2.0/3.0 is the maximum current that can be transferred along the cable.  This got doubled as well, from 1.5 amps to 3 amps.  This change is most noticed with newer smartphone charging times, some can get a full charge in less than 2 hours.

Type-C is the new kid on the block, and being a fresh arrival means you don't have too many friends. Not every new laptop and desktop have the ports yet, and only the latest operating systems (Windows 8.1/10, OS X, Android 6, and Chrome OS) can utilize the upgrade.  Note that Apple has not jumped on this bandwagon as of yet (the next iPhone will most likely have it), they are still using their Lightning connector.  Their 2015 MacBook has it baked in, as well as Google's Chromebook Pixel, and Asus's Transformer T100HA.  More smartphones are integrating, most major manufacturers are seeing the upsides of upgrading, two noteables being the Nexus 5X and LG's G5, among many others.

This is the USB cord of the future folks, and its a major step in the right direction.  Aside from all the numbers we've just been through, I find it to be a much prettier connector as well.  You may have never looked at a USB connection from the aesthetic perspective, but once you start, it gets ugly pretty fast.  I for one have never been much of a fan of B or Mini-B, the former looks over engineered and the latter just funky.  Micro always disturbs me because of that little piece that gets inserted looks like it will snap off at the slightest touch.  Micro B grew an extra nodule makes inserting the plug just a little bit slower, and who wants a larger plug?  The Lightning cord is passable, because, well Apple made it.  For us peons and utilitarians though, since the original Type A plug - I feel like its been all down hill.  The original was a thing of beauty when it came out.  The whole concept of universality still has a utopian aura that will shine brighter with Type-C.  Being able to plug virtually any device into another makes using gadgets so much easier.  Much like Type-A, Type-C feels simple and well thought out.  The utopian roots have taken hold and produced a design that can be plugged in any which way, zip more data, and zap more power.  Hopefully the USB Implementers Forum will calm down and let the world get used to Type-C.

As with any new upgrade, you may not be ready for the little changes that end up causing big problems 10 minutes later.  I recently got a Nexus 5X phone, equipped with the new port, and quickly realized that I couldn't charge it with any of the seemingly hundreds of USB Micro chargers I have littered around my house and office.  Fortunately there are a few products out there that make this transition a little bit easier. 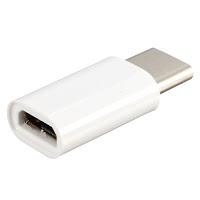 Here is a handy Type-C adapter that will fit on any Micro USB cord.  These a cheap way ($7.99) to upgrade your old chargers. 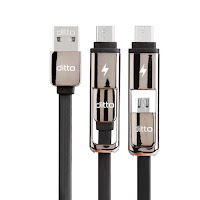 We also have a 2-in-1 cable that works for both Micro USB and Type-C ($8.99).  This cord comes in handy for those people with more than one device but two different ports.

Posted by Widgetree at 12:43 PM No comments: